Trump Supporters’ Last Trick: Demanding Respect for Their Opinion in the Name of Freedom of Expression 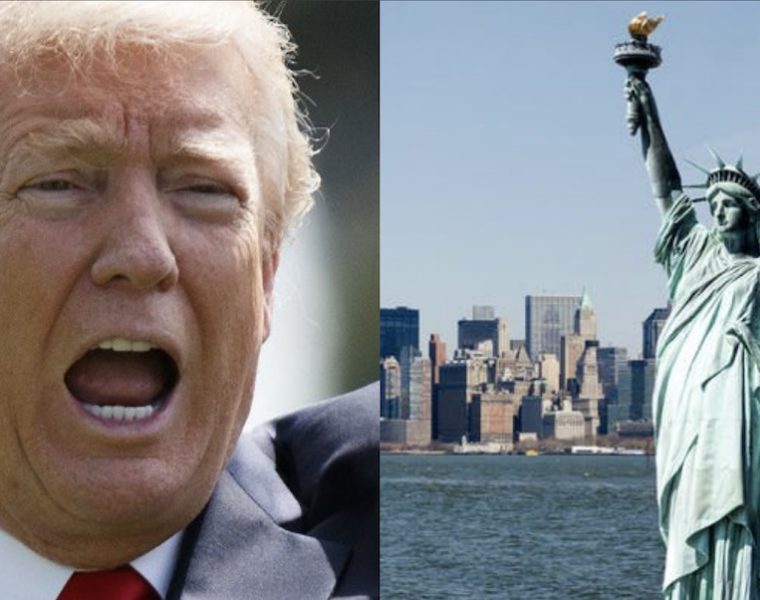 The hordes of Trump supporters may not know that they are going to lose the elections, -in the same way they do not know much else-, but Trump and those who profit from his administration, do know it and have contra-attacked very hard with a multimillion-dollar campaign of misinformation, confusion, and a diversion of attention from the most important thing: that you go out to vote, not only against Trump but against everything he represents.

As the hoax that they invented around Hunter Biden’s laptop failed, in order to spread its poison without being expelled from groups and timelines of decent people committed to the future of the country, now his new narrative is that “if you criticize them, you are not respecting the diversity of opinion“, “if you block or exclude them, you are violating their freedom of expression“, and “if you treat them as they deserve, then you are offending them and you are the indecent one.“

Not only do they blatantly and starkly pretend that you forget that it is precisely the leader they follow and venerate who has turned indecency; minimizing and trying to humiliate people calling names; and the general disrespect for women, the disabled, minorities, and anyone who does not think like him into the “new normal“. No. They also hide behind the First Amendment to the Constitution to pass off hatred, racism, division, and the normalization of ignominy as individual freedom. Let’s see how far that principle applies here.

In very general terms, “freedom of expression” is the right to express and defend what each one thinks about the most dissimilar aspects and for others to “respect your opinion and your right to express it” even when they do not agree with you. In this sense, Trump supporters would have a valid point to support their demands, except that they are ignoring TWO THINGS: 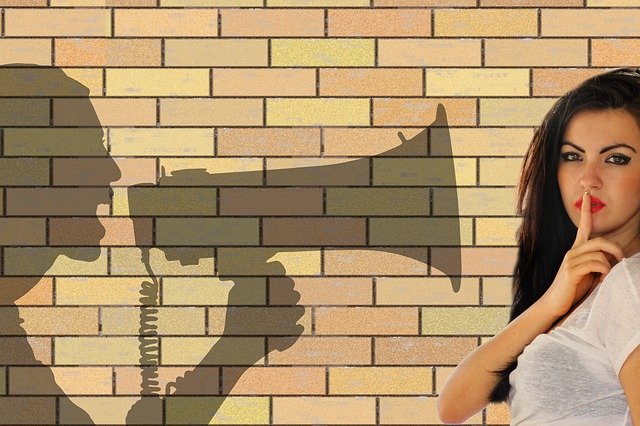 FIRST: Anything you take to the extreme may become stupidity: if you have the right to support a man who claims he can grab your mother and mine, your wife and mine, your daughter and mine, or your sister and mine by the vagina without their consent, then I have every right to call you a degenerate and other additional “beautiful adjectives“, but this way we are not getting anywhere, except entering an uncivilized confrontation that would add value to no one.

SECOND: like any other “freedom“, freedom of expression also has limits, and ends where it begins to affect individual freedoms, the rights, and the well-being of others. If you are inside your house, it is possible that part of your freedom is to defecate in the dining room, but I assure you that you do not have the freedom to do it in the restaurant room where other people are eating. Freedom is not infinite: society places certain limits on it to ensure that we all enjoy the maximum of it in equal proportions. You are free not to like me, but not to hit me; as you are not free to drive drunk, because of the potential harm you can cause to others.

In the specific case of freedom of expression, we may not like how Trump supporters think or what they say, but our Constitution guarantees them the right to do so and that is what we have to respect. Just as it is our right (also protected by the same Constitution) to call them “deplorable” and other not-so-kind qualifiers since in the specific case of Trump and henchmen, it is not about political points of view, but moral choices. It is our right to expel them from our timelines and social media groups, and even from our lives if we do not want to share our scarce time with people who have chosen to support the most negative and inappropriate of human behavior.

If someone today still supports Trump, what they are really doing is a statement of support for systemic racism, discrimination, white supremacy, locking children in cages and separating them from their parents, dignifying the mockery of the disabled, leaving 20 million people without health coverage and another 70 million unable to pay the onerous costs of treatments and medicines; the irreversible attacks on the environment and the avoidable death of a good part of the 235,000 Americans who are no longer with us today due to Trump’s mishandling of the COVID pandemic and his blatant attempt to hide the truth so as not to affect his re-election (said by himself in a recording that almost all of us have heard).

I have family and friends who supported Reagan and Bush, who are Republicans, or who knows what. I also have communist friends and family, who support social property and the one-party system. I disagree with them, but I respect their opinion no matter how much it differs from mine. This is called coexistence within diversity.

But I have no family or friends who sympathize with Hitler, white supremacists, or neo-fascists. I do not want to have among my friends (or among the relatives with whom I have a good relationship) those who support killing my mother from hunger in Cuba to satisfy shady political interests that have failed for more than 60 years. Or those who incite police brutality against people of color, or who view Mexicans and Latinos in general as murderers and rapists, or who find it okay (or “acceptable“) to call the soldiers killed in combat “suckers” and “losers” … and a long etcetera.

No, the fight against Trumpism is not against an ideology different from mine, but against the most heinous of human miseries. Against a setback in progress and human development. Against the worst aggression to the values ​​commonly accepted by humanity.

I can even understand and respect the position of those who voted for Trump in 2016 when it was thought that it could be an option to the swamp fed for centuries by Republicans and Democrats, but after 4 years of disgrace, lies, and irresponsibility, voting for Trump is now not a democratic option. It is a fascist choice. It is not about the freedom to have a different opinion, but about the questionable freedom to choose immorality as a banner for thought and action.

I have to admit that there are a lot of people among Trump followers that you can’t call “stupid.” On the contrary, some are people with a high level of education and information, but with values ​​twisted by greed and with an agenda subject to their personal and / or business interests that do not coincide at all with those of the majority of the population. In that case, it is not stupidity that moves them, but EVIL and GREED. They are guilty not only of complicity but of participation and consequent activism.

There is also the other group, people perhaps good by nature, but with such a level of misinformation that they have allowed themselves to be brainwashed to the extreme of supporting things that, above all, affect themselves. Although they may not apply under the qualification of “guilty“, they are just as complicit in what is happening and individually responsible for not being sufficiently informed at a time when data and facts are available to everyone if we consult various sources and we do not tie ourselves to Fox News or Channel 41 of Miami TV or its similar in other states.

In short, as Ernesto Morales wrote masterfully on Facebook: “the problem is that this time we are not facing a political election, I have said it before. It is a plebiscite on morality and decency … It is too easy to choose the most rational option“. And he added: “If you supported the Third Reich in Nazi Germany, do not expect me to respect your creed. You are simply a huge mountain of disrespectful scum. And if you clap and cheer against a sociopath who expels uncomfortable journalists and mocks of menses or the bodyweight of a beautiful woman, don’t count on me to pretend that I respect your immodest indecency“.

The right to have a different opinion and express it is guaranteed by the Constitution. The right to have that opinion respected is earned. And it is subordinated to moral values ​​that are above simple individual choice, since they are part of a code of social conduct, still very imperfect, but which has been shaped and developed through centuries of struggles and great social conquests. Trump and Trumpism do not fit into that equation. You are on notice.