The Third Force: Americans Are Less Divided Than They’ve Made Us Believe 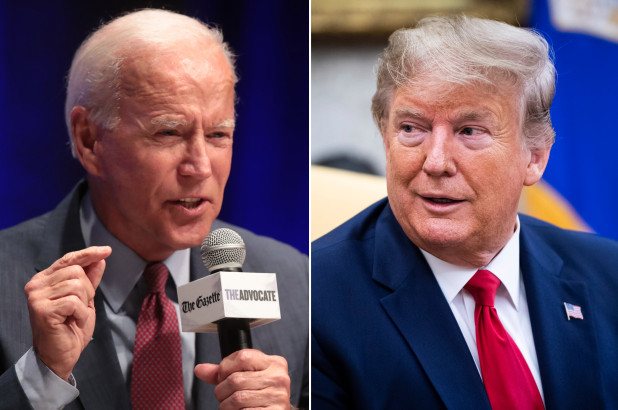 For the past three years, we have been constantly talking about how “divided” we are as a country and how Donald Trump has exacerbated that division. Well, only part of that statement is true. The truth is that Americans have many more things that unite us than those that separate us.

Those to whom this perception suits, do not cease to alienate us and motivate the separation, highlighting everything that divides us when we are grouped behind a specific leader: i.e. those who supported Obama or McCain, Hillary, or Trump, and more recently they highlight everything that separates those who adore Trump, from those who tear their shirts for Bernie Sanders or from those who simply say that they are going to vote for Biden in the absence of a more energetic and motivating «centrist» candidate.

But what happens when instead of using percentages and differences with respect to candidates or political leaders, we analyze our positions regarding the main ISSUES that concern American society? Well, suddenly the music and the lyrics totally change. If you give me a few more minutes, I will show you how this «division» is not, at least, of the magnitude that they want to present it to us. Let’s look at those issues.

Right to Abortion: Pro-life vs. Pro-choice

We have been led to believe that the discussion about the rights of women to have an abortion within a certain period of their pregnancy is a total PARTISAN issue. It is not:

According to the results of annual surveys of a company as serious as Gallup, 25% of Republicans are in favor of women choosing what to do about their pregnancy, while 29% of Democrats are opposed to recognizing such rights, coinciding in this aspect with 38% of the independent ones.

Gun Control and the Second Amendment

They have tried to brainwash our minds about the Reps being in favor of having and carrying weapons and the Dems are against it, but the reality is not so simplistic. According to research from another well-known institute, the Pew Research Center, the same percentage (89%) of Republicans and Democrats want to prevent people with mental problems from being sold weapons. And while 80% and 79% of Dems want to ban the sale of assault rifles and high-capacity magazines respectively, 54% and 47% of Reps want the exact same thing. While it’s true that gun violence is a huge problem for 65% of Democrats, 32% of Republicans agree with the same thing, and 42% think it’s a moderately big problem.

For years Democrats have been presented almost as the exclusive defenders of this issue, but if we stick to the seriousness of the Pew Center figures again, we will see that in 2019 67% of all Americans are in favor of legalizing marijuana, while 32% are still against it. While 78% of Democrats definitely support such legalization, they have the support of 55% of Republicans. In this aspect, the greatest difference is observed not in the partisan lines, but in the age strata, with less support as it increases (although it is noteworthy that even 27% of those over 75 are already in favor of that measure).

Well, popular belief affirms that Republicans are «warmongers» and Democrats «pacifists.» The reality is that Americans, in general, are tired of wars (whatever they may be) and most of us agree that we must put a stop to the enormous and ever-increasing military spending. 34% of all Americans believe we spend too much on the military, and while opposition to the bulging military budget is higher among Democrats, only 33% of Republicans consider it to be «more or less well.»

After the conflicts with Iran in 2019, the vast majority of supporters from both parties considered that a negotiated solution was preferable to taking military action.

Science vs. The Deniers of Climate Change

Given the intransigent and unscientific position of the Republican leaders, we have assumed as true the perception that the members of that party do not care about the future of the planet, but the results of the polls clearly show that around 50% are concerned with the devastating environmental impact that we are promoting. And if you take the younger Republicans, from 18 to 34 the percentage rises to 70%.

When we talk about Health For All, we immediately think of Bernie Sanders and we are overwhelmed with words & phrases associated with «socialism» or «inability to pay for it«, with the mainstream media exacerbating the gap between Democrats and Republicans about it.

Could not be farther from the truth. According to Reuters / Ipsos polls, more than 70% of the nation supports Medicare For All, and while more than 80% of Democrats are fully in favor, about 50% of Republicans are, too. A good part of the rich and the upper-middle class, regardless of the party they belong to, are in favor of a healthcare system that is so subordinate to profits, that becomes more of a death machine than protection to public health. Most workers and the middle class are fed up with private insurance companies.

They have led us to believe (because it suits them) that the idea of ​​free College is an exclusive idea of ​​the radical left. It is not true. The idea is supported by more than 60% of the population, and while Democrats are leading the way with approximately 80% in favor, there are about 40% of Republicans who support the idea. It is not difficult to guess that this percentage of Democrats who oppose themselves is tied to the most privileged in our society.

It would seem, according to official media propaganda, that «Republicans hate immigrants and Democrats love them.» No, and no again. While 83% of Dems say it would be better for the economy if they became legal, 70% of Reps say the same. And while it’s true that 66% of Republicans think immigrants take US citizens’ jobs away, 41% of Democrats are in the same stupid and unfounded position, according to a Pew Center research. Many Republicans think that immigrants work hard and have earned the right to become legal citizens.

30% of the nation thinks that ICE should be abolished, an opinion that is rooted in around 40% of the Dems, but is also supported by 20% of Republicans, in this case, according to Reuter / Ipsos.

… And similar situations can be found practically with respect to almost any important issue for our country.

In the next election, tactical priority # 1 is to get Trump out of the White House (the opposite would lead to unimaginable consequences for the country, the world, and the progressive movement) and wrest control of the majority of the Senate from the Republicans, but the fundamental strategic priority is the creation of this third force, that represents us all and unites us, not on the basis of the irreconcilable differences between those who have more and those who have less, but on the basis of the coincidences of the latter regarding society, the country and the future we want.